“The Art of Success” with David Caplan 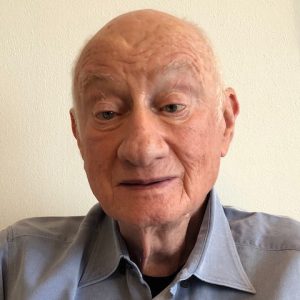 Topic: “The Art of Success”

I’m no stranger to feeling like a failure. I had a time when my wife was pregnant with our second son that I had lost 6 out of 10 clients which cost me 1.3 million USD (13 oku yen). As though that wasn’t enough, I had to pay ¥ 3,000,000 JPY in tax (which back in ’68, was about US $280K), making me the second highest tax payer in Azabu where I lived. I thought I’d have to declare bankruptcy like everyone else around me at the time, and I felt that I had failed my family. When it rains, it pours.

But then, something strange happened the following year… despite being a foreigner and being in the wholesale precious stone business where many went bankrupt, one of the most prestigious Japanese banks – the Sumitomo Bank as it was called at the time – offered to give me a bank loan because I was one of the highest tax payers in Japan. “Anyone who pays that much tax is trustworthy to us” said my bank manager.

Suddenly, I found my business still standing when most of my competitors were gone. In fact, it was just the beginning of a series of miracles…

In this workshop, you will have a chance to learn how to: